“Individuals attending events hosted by the Sons of Union Veterans of the Civil War, by virtue of their attendance, agree to the usage of their likeness in the Banner, any Camp or Department Newsletter, any SUVCW website and/or on any SUVCW Social Media outlet, promotional brochures, or any other SUVCW material”

The First Camp was disbanded in the early part of 1884. In the latter part of the same year, reorganization was begun and Camp #15 (without the name of Joseph Liness) was instituted on February 11, 1885 in the Grand Army of the Republic Hall at 26 N. 3rd Street (now the Schleisner Building).

The reorganized camp continued to be known only as Camp #15 for several years and was the only Camp in the Division that was not named.  Subsequently, following the death of General John F. Hartranft of Norristown, PA, the Brothers of Camp 15, at the meeting of the Camp on October 29, 1889, on motion by A.D. Fisher and Wm. F. Raysor, the name of General John F. Hartranft was adopted subject to approval of Division Headquarters!

Camp 15 was instituted in Post 58, Grand Army of the Republic Hall at 26 North 3rd Street (now the Schleisner Building) where they met until June 1916 when the Camp changed their meetings to Headquarters of Seneca G. Simmons Post 116, Grand Army of the Republic on Verbeke Street near Third Street. Shortly thereafter, Post 116 and Camp 15 moved to Tack’s Hall at 1216 North Third Street where they met until 1928 when they moved to the Veterans Room at City Hall. In 1954, we moved to 814 North Second Street.

We are proud of our over one-hundred years of service to not only the Grand Army of the Republic but to the community of Harrisburg and veterans organizations in the area.

The Sons of Union Veterans of the Civil War (SUVCW) is a heritage organization dedicated to preserving the memory of those men who fought to save the Union in the conflict of 1861-1865. Although many memberships, of males 14 (6 to 13 years for Junior) and over, are based on the descent of those men, the order also offers Associate memberships for men who share our goals, (Fraternity, Charity, and Loyalty) and interests, but who are not descended from a Civil War Soldier, Sailor or Marine.

The Sons of Union Veterans of the Civil War was a creation of the Grand Army of the Republic (GAR). The GAR had been formed in 1866! Wanting to pass on its heritage, the GAR in Philadelphia, Pennsylvania created a Corps of Cadets in 1878, which later became the Sons of Veterans of the United States of America (SV). This latter organization had been formed in Pittsburgh, Pennsylvania on November 12, 1881. The SV units functioned much as 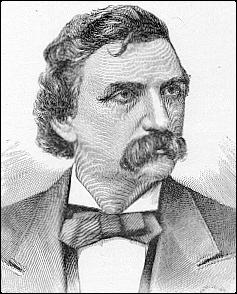 National Guard units and actually served along with state militia during the Spanish American War. In 1904, the SV elected to become a patriotic education society and in 1925 changed its name to Sons of Union Veterans of the Civil War (SUVCW). However, to keep the military aspect alive, the SUVCW created within the organization the Sons of Veterans Reserve (SVR) which was carried on the Army rolls as a Reserve contingent. Some SVR units served with the Army during World War I. After World War I, the SVR was listed as a training company of the U.S. Army. In more recent years, the SVR’s mission has become historic, ceremonial, and commemorative. Prior to disbanding and before the death of its last member, the GAR officially designated the SUVCW as its successor and heir to its remaining property. On August 20, 1954, the SUVCW was officially incorporated by an Act of Congress by the passing of Public Law 605 of the second session of the 83rd Congress, and signed by President Dwight D. Eisenhower.

Today, the National Organization of the SUVCW, headed by an annually elected Commander-in-Chief, oversees the operation of 26 Departments, each consisting of one or more states, a Department-at-Large, a National Membership-at-Large, and over 200 community based Camps. More than 6,360 men enjoy the benefits of membership in the only male organization dedicated to the principles of the GAR — Fraternity, Charity, and Loyalty. It publishes “The BANNER” quarterly for its members. The SUVCW National Headquarters is located in the National Civil War Museum in Harrisburg, Pennsylvania. 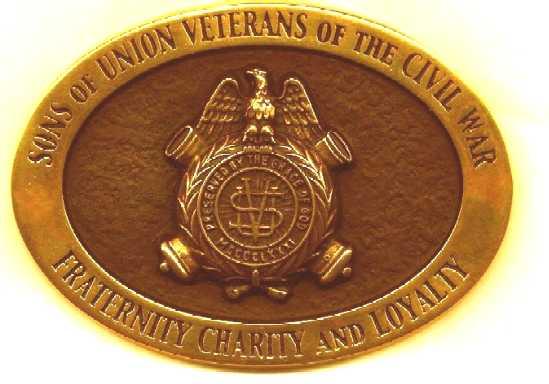 SUVCW License Plate for your Car or Truck